The Centro para el Desarrollo de Lenguas Extranjeras (CDLE) suggests the students to watch series and movies in their original language, to get a hint about the thoughts and culture of other people 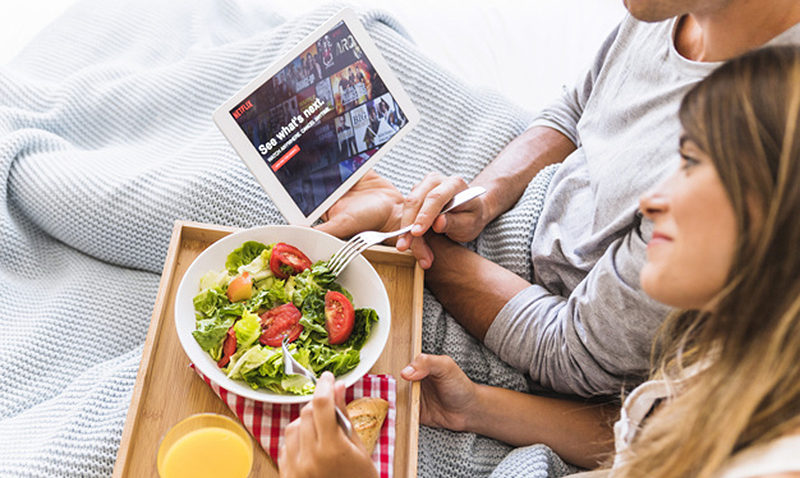 As modern days come upon us, the role of media such as cable TV, online streaming and videos has become a major part of our lives. Can you conceive a world, or just a day, without Netflix or Directv? The answer will likely be an outright no.

Now, do you watch those shows in their original language? From the Centro para el Desarrollo de Lenguas Extranjeras (CDLE) of the university we encourage you to do so. That not only will expand your language skills, but it will also help you create a bond with the country’s culture. This last part is fundamental for learning a language, because oral expression comes from a need to communicate with others, and that is highly linked to context.

So, if Jerry asked: “Why don’t you go out?” and Kramer replied: “Oh, no. There’s nothing out there for me.” Would you laugh? This dialogue comes from the show Seinfeld, a 90’s sitcom that shows a New York City much more realistic than, for example, the lovely Manhattan from Friends. It wonders around an apparently rough and hostile city with very complex and somewhat sad and dark characters. But that might be because that era was, indeed, a bit depressive and TV, movies and songs reflect that very clearly.

According to the book 105- The Use of the Media in English Language Teaching by the British Council, the use of television shows allow viewers to dive into the language and all the remaining context: “They present naturalistic uses of language and project the personality in a full social setting and with full use of gesture and facial expression”.

“When the snow falls and the white winds blow, the lone wolf dies but the pack survives.” Do you know why Sansa said that? What’s behind those deep words? If you’re a Game of Thrones fan, you’re probably in touch with a culture different from yours. Of course, GOT is a fictional world, but you know what we mean.

As the British Council article stated, the fact that you can see how characters develop within their natural habitat can teach you a lot about their culture. Also, in most tests that grade your level of English, there will be questions about general knowledge that is not directly related to your own.

The CDLE suggests you to watch series and movies in their original language so you can get a hint about the thoughts and culture of other people. Obviously, tastes are different amongst people, but we will give you some recommendations:

First of all, talk shows such as The tonight show starring Jimmy Fallon, The Oprah Winfrey, The today show, The Ellen DeGeneres. Movies that are great for practicing dialogues are: The King’s speech, Billy Elliot, My fair lady, The graduate, Inglorious Bastards, When Harry met Sally, Casablanca, Trainspottin and Sleepless in Seattle. Then, we think these shows are great for learning: Parks and recreation, The office, Atlanta, Sherlock Holmes, Dr. House, Dr. Who, Atypical, How I met your mother and Mad men.

Besides movies and shows, the CDLE offers many activities and events in their new location, Vox Lounge. Some of them are workshops, conversational groups and cultural activities. We also have alliances that benefit the ucabista community with institutes like CVA, Fyr Lois, CAEP, Coast2Coast, Goethe Institut, the Instituto Italiano de Cultura and the British Council.

To learn more about our offer, pay us a visit in Vox Lounge (Cincuentenario Building, E-C 18), contact us through @cdle_ucab (Twitter and Instagram) or send us an email to [email protected].

*This article is available in spanish. You can read it by clicking here: Es posible aprender inglés con películas y series de televisión